Posted by Unknown on September 03, 2010
Ever have those days- when you just SUFFER from Disney withdrawals? Well... this past week has been like that! I'm stuck right between Disney trips. I mean, seriously folks, its been 8 weeks since my last Disney Trip. That's TWO Months! And I have almost a whole more month before I can return.

What do you to alleviate those blues?? Well,  I turned to the best thing I could think of: My Cooking with Mickey and the Disney Chefs cookbook! Ok. You know me. You KNEW it had to do with food.

But, it couldn't be just any Disney recipe. It HAD to be a pretty darn famous one: Le Cellier's Cheddar Cheese Soup. And being from New England originally, any reason to scarf down some Cabot Extra Sharp Cheddar is good for me! 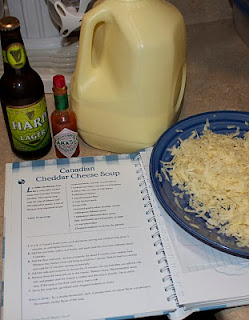 Of course, there had to be a few modifications. We had to vegetize this recipe!!

The first thing to do: chop that onion and celery as small as possible. Note to self: next time chop even finer. Much finer! (Hey, I only have sooo much patience when I'm hungry!)

Toss that in the pot with a little butter (light butter ;) ), and saute. Once things are looking good there and the onion and celery are tender- whisk in the flour. Since I eliminated the bacon, I decided to add in just a bit of olive oil at this point too.. 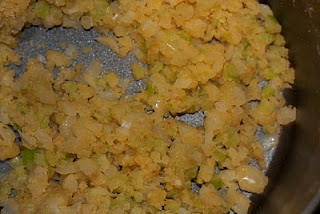 Cook for a few more minutes- AKA as long as you can stand to wait when you've been to the gym and are starving. When you've finally given in.. After 5 minutes or so, slowly whisk in the broth. Organic veggie broth in our case... 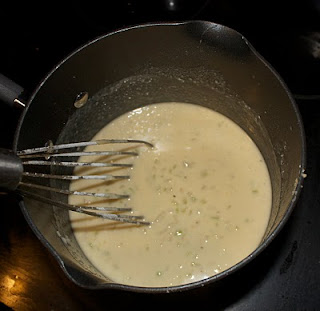 Bring to a boil and, then, simmer. And Stir. And Wait. For 15 LONG minutes (ok, it wasn't really that much torture, but it was getting there!)

Then of course, its time for some creaminess: Milk. Yes, lowfat. And, yes, I know... I'm taking all the fun out of it. 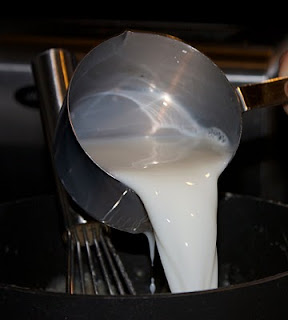 And- guess what. Time to simmer again. At this point it WAS torture. MMMM, the smell! It was already looking pretty good, and I didn't even add the cheddar yet! 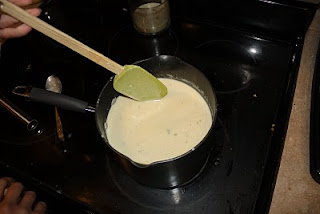 Then, at LAST, it was time for a few finishing touches: Worcestershire Sauce (look for a fish-free version!), Tabasco and CHEESE! Oh, and a little beer to finish it off! 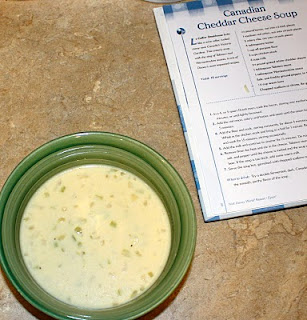 The verdict: Well, I liked it.. but I'm the cook. So not so sure my opinion counts! Hubby says: Good, but unless our home is a basement in Disney- it just won't ever be the same! My lovely daughter says she'll wait until the Food & Wine Festival so she can compare (yeah, right thanks KID!!). Son says... yea, nice try mom....

Ready to try it at home? Go for it!! Here's the original recipe- straight from the Mickey Moms Club! 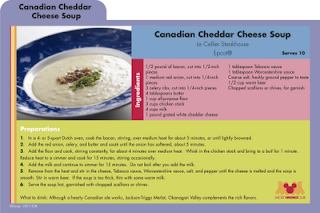